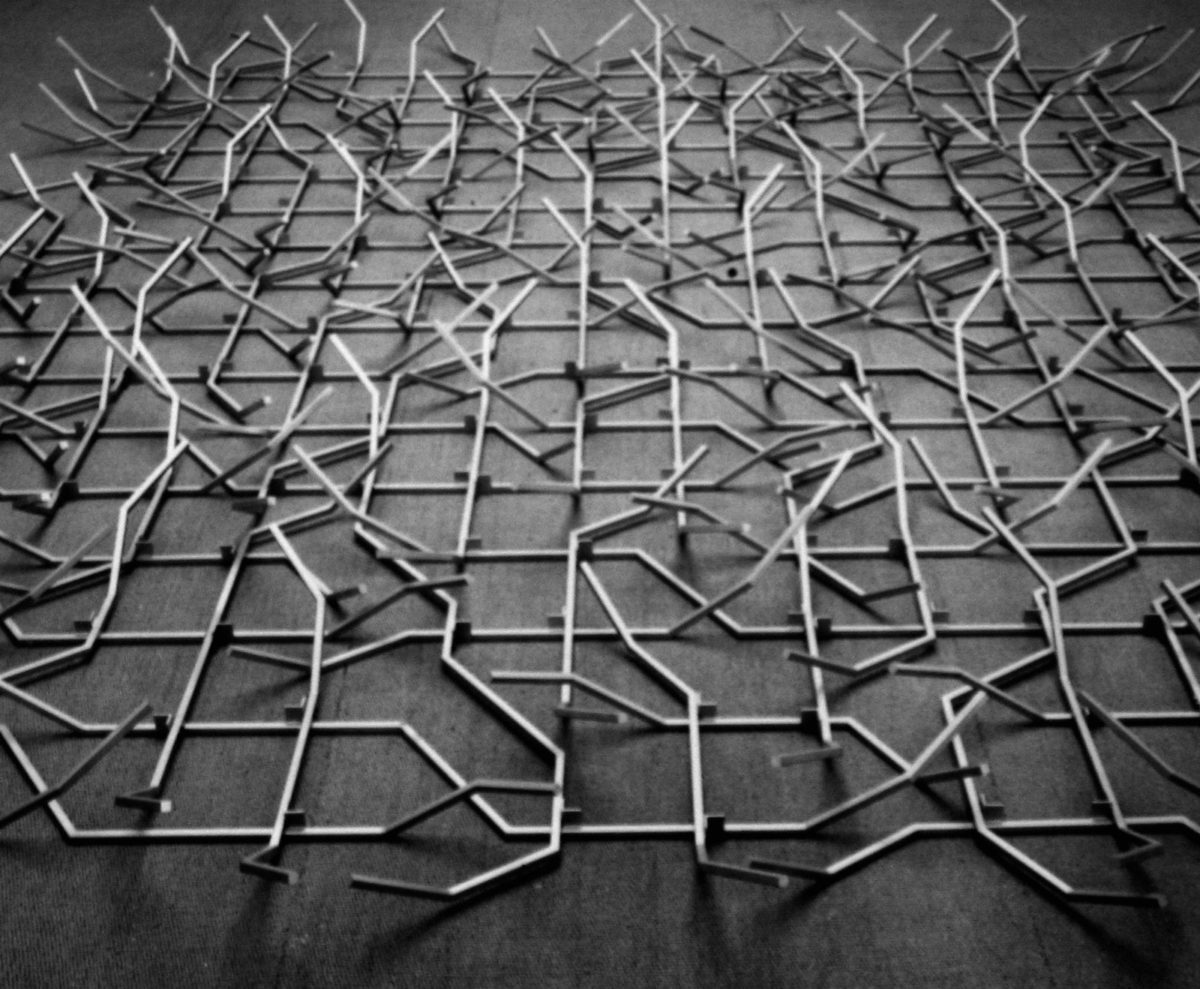 Garth Evans’ two year placement in the British Steel Corporation (BSC) was agreed on the basis of a pre-existing fellowship programme with the BSC, that until that point had only been directed at scientists. It was the first placement that the APG had sucessfully negotiated. The contractual agreement was actually made with St. Martins School of Art, where Evans taught sculpture. He had previously never worked with steel and set out to research the various finishing techniques and material qualities of steel for his sculptural practice. The BSC, the parent company created by the nationalisation of the steel industry in 1967, hoped that the placement would demonstrate the versatility of the material beyond its industrial processing.

During his placement, Evans visited various steelworks around the UK, and familiarised himself with the finishing methods. Through photography, a selection of which was later published by the BSC (Some Steel, 1971), Evans learnt about the material qualities of the medium. He also discovered aesthetic sculptural qualities in the welded exercise pieces of apprentices, but did not, however, begin to produce sculpture from steel himself until late in his placement (Breakdown 1971, Spring, 1972). Plans to work in a disused steelworks failed due to the lack of support on the part of those responsible at the BSC.

Evans’ interests were not limited to processing techniques, but he became increasingly interested in the corporate culture of large corporations. The question of what the contribution of an artist in such a context could be prompted him to write several concept papers that he discussed with representatives of the BSC. In the papers he argued that the BSC had failed to offer the employees a meaningful, enriching work experience and to support the workers in identifying with their work. Here Evans identified a field of activity for artists in an industrial context beyond the production of conventional art. While BSC representatives received Evans’ sculptural activity very positively, they were rather sceptical of his ideas on corporate culture.